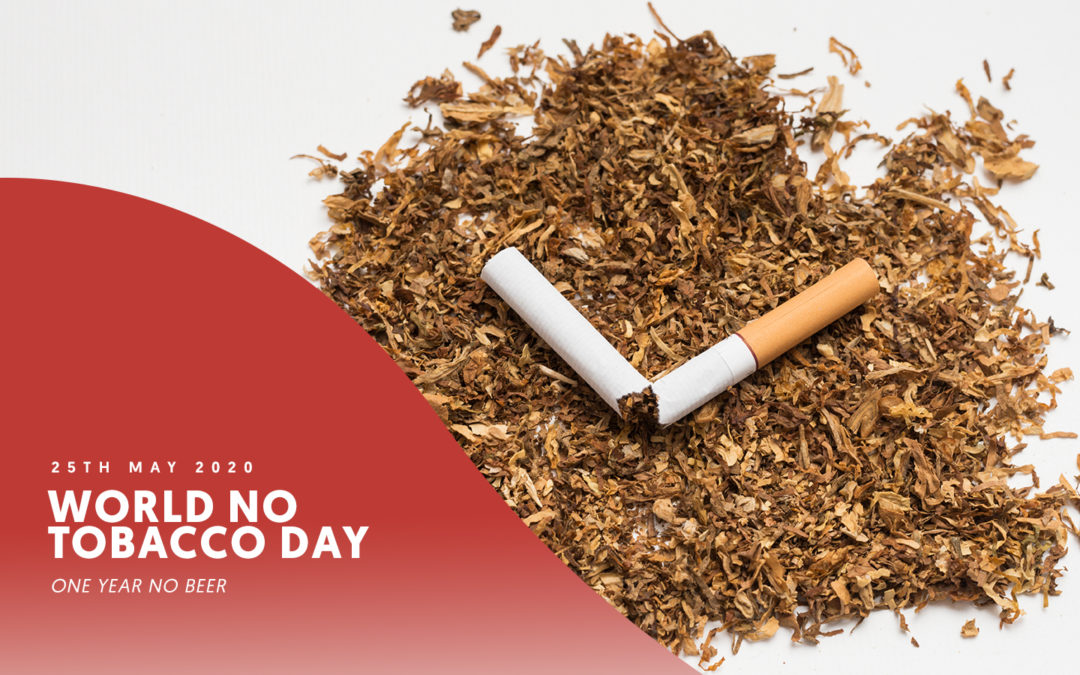 May 31st is the World Health Organisation (WHO) No Tobacco Day.

Each year, a new topic relating to the dangers of tobacco is highlighted. In 2020, the WHO has set its sights on a big target. To mark No Tobacco Day 2020, a counteroffensive has been launched, to thwart the aggressive marketing tactics employed by the tobacco industries to lure in the next generation of smokers.

The strategies that the tobacco giants use are chilling. Millions of pounds are poured into developing smokeless tobacco and appealing flavours that children love. Free samples are handed out at events attended by young people, and social influencers, movies and TV shows are part of a sophisticated product placement network.

It’s a rotten old business, in other words.

Why combining alcohol and tobacco is dangerous

The WHO campaign aims to equip young people with the tools to identify industry tactics and manipulation to make empowered choices for themselves.

Cigarettes and smoking are bad news for health in general. But here’s the other thing: tobacco and alcohol together are more toxic than the sum of their individual parts. Drinking and smoking are both linked to –among other things – different types of cancer. However, in terms of exposure to risk, it’s not a case of 1 + 1 = 2. The two drugs together create higher risks.

If you drink and smoke, then research shows that the health risks of both are exacerbated. Clinical studies suggest that susceptibility to throat and oesophageal cancer is increased by drinking and smoking.

“It is well known that smoking and drinking at the same time significantly increases the risk of many cancers…You are multiplying your risk not only twofold, but many-fold when you do the two together.”

In terms of our physiology, the reasons for this – and the long-term implications – are still the subject of ongoing research, but one possibility is that chemicals from the cigarette smoke are dissolved by alcohol. As a result, they have more direct contact with, and are more easily absorbed by the throat tissues.

Drinking and smoking at the same time puts the liver – and to a lesser extent the heart, stomach and pancreas – under increased strain, meaning that it is unable to effectively metabolise both toxins simultaneously.

As a result, carcinogens from the cigarette smoke remain in the bloodstream for longer, increasing the risk of cancer.

The stimulant effect of tobacco on alcohol consumption

But that’s only part of the story. There are familial, societal, cultural and socio-economic factors that play an important part of the picture, but the message is loud and clear: combined smoking and drinking results in an increased risk of developing throat and mouth cancer, and that risk is greater than doing either in isolation.

Alcohol is a depressant, while tobacco is a stimulant. Many people smoke and drink at the same time. When you smoke whilst drinking alcohol, the stimulant effect of tobacco can make you feel less drunk than if you were drinking alcohol on its own. That leads to increased consumption and a lack of awareness of how inebriated you actually are.

Statistics tell us that people who smoke are more likely to drink alcohol. According to research carried out by the US National Institute on Alcohol Abuse and Alcoholism (NIAAA):

In the UK, a comprehensive, 30-year cohort study on the combined effects of smoking tobacco and drinking alcohol found that:

The research also cited another large study of 18,244 middle-aged Chinese men, assessed between 1986 and 1989. The conclusion drawn was that within each category of alcohol drinkers, the risk of mortality was higher if the test subject used tobacco. Unsurprisingly, the risk of death increased in proportion to the amount of cigarettes smoked.

Meet your challenge and make changes for life

Both tobacco and alcohol are addictive, legal, easily available substances that can cause great harm. That’s a harsh picture to draw, but it’s one of those messages that cannot – and should not – be diluted or dressed up any other way.

To stop smoking and drinking is transformative in terms of your health. Stopping either can seem tough: quitting both together is a significant challenge. It would be disingenuous to say otherwise. That’s why having the support of OYNB can make a crucial difference to your success in breaking habits. Sharing your journey with people who know exactly how bad the bad days are, and how exhilarating the good ones are, is invaluable.

Whether you’re already on your OYNB journey, or you’re about to embark on it, if you smoke, you don’t need to wait for World No Tobacco Day to stop. Maybe you’ve already had your last cigarette.

Change for the better can be immediate. When it comes to protecting your health, increasing your life expectancy and living the very best life you can, there really is no time like right now.