“My life has been turned around” – Ben Pearce 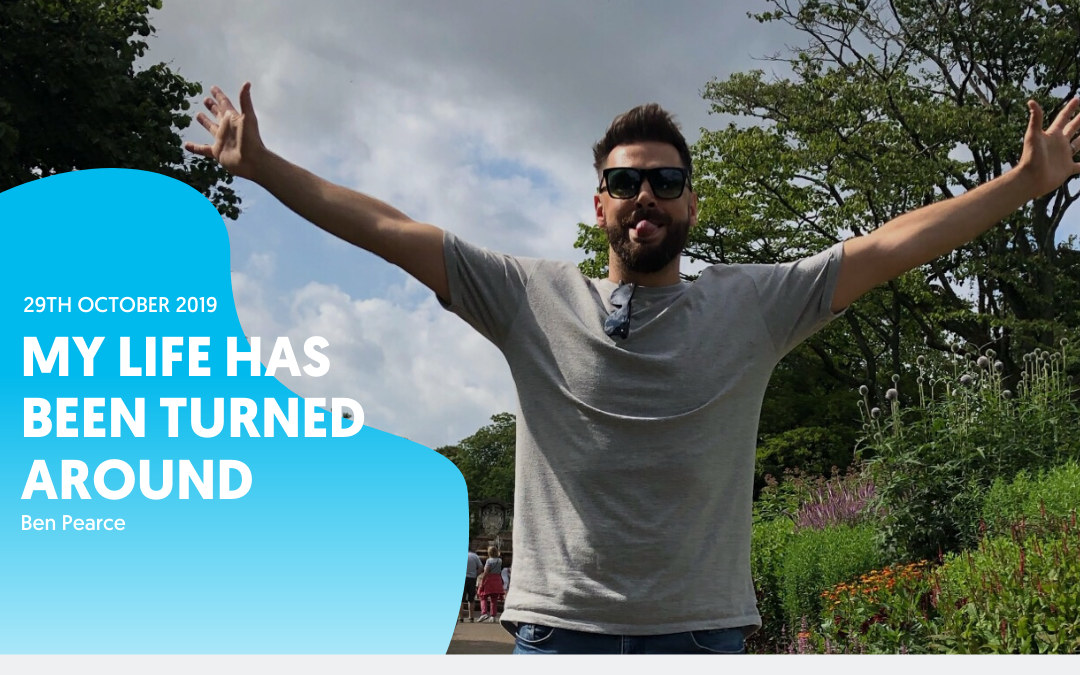 I’m 32 and have always loved a beer. My mates all know me as one of the lads who can smash pints for fun. I would drink fast which they all seem to think was something I should be proud of.

I’ve always thought in the back of my mind ‘surely that’s not a good thing to be ‘known for’? But never admitted it, just grinned and carried on drinking. Too many times my nights out would result in horrendous hangovers and black outs galore. On a few occasions over the years I’d done the typical ‘Dry January’ but as my birthday is 2nd February, I’d always look forward to having a few beers with the lads and it would all go back to normal straight after.

A little bit about me 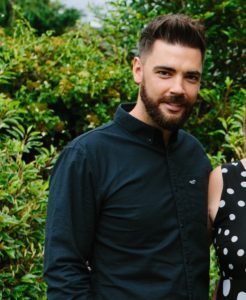 I am a father of two amazing young kids and recently got married to my childhood sweetheart. I also started my own business which meant a further commute for me to get to my new central London office. There was initially a lot of stress from going it alone and the loneliness of being a one man band. Business wise it started really well but spending time in London gave me an excuse to have a few beers and meet up with people I knew who worked in the city. Before I knew it, I was drinking pretty much every night of the week. Friday evenings were getting later and later. My weekends were wasted by laying on the sofa in self-pity or worry for what I’ve done the night before (as I normally couldn’t remember). Sunday’s were reserved for making up with my wife after being useless and hungover all the time, being snappy at the kids, randomly falling asleep and wasting time… so much time wasted!

After a good day in the office one Friday, drinks were planned at a local bar so we all headed down and before I knew it, I was waking up on the sofa the next morning with absolutely no recollection of how I’d got home. I missed a family event on the Saturday because I was hungover and ashamed of myself. I was so embarrassed and immediately knew that all the little inklings I’d had before about drinking too much too often were coming to a head. I wasn’t looking after the things that I care about so much. I knew I had to do something to change.

I have a friend who had completed an OYNB challenge over 2 years ago and hasn’t ever looked back. I got in touch with him and admitted I thought I had an issue. He recommend OYNB so I signed up to the 28-Day Challenge there and then. He’s been great, having been through a similar situation himself and come out the other side. It was good to get his perspective on things and I could meet him for a coffee or go on runs to chat through how I felt about it all. I’ve made it part of my routine to read the emails, watch the videos and listen to the podcasts every day. Typically, on my train journey into work or whilst out running.

The first week flew by

I felt good about it, like I was doing the right thing and my wife was extremely supportive. We already had a family holiday booked for the second week of it so perhaps this was going to be my first ‘test’. Holidays before were always an excuse to crack open a few beers on the beach or order a frozen mojito by the pool so not doing that was going to feel alien.

The week away with the wife and kids was amazing. I ran every single day whilst listening to the podcasts. I had more energy and was FAR less grumpy with the 3 people who mean so much to me. Neither my wife or I touched a drop and swapped a cold Peroni that we both absolutely love for the nonalcoholic options available. It was great!! I suddenly thought ‘I can do this, I don’t need beer. Why would anyone drink?’ 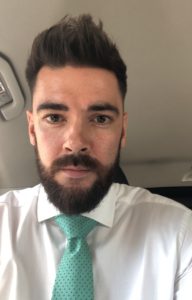 My wife doesn’t drink anywhere near as much as I do (did) but as a result of me stopping, she hasn’t touched any either. And she’s loving it. I share my thoughts and views on the podcasts with her and we both really enjoy the science behind it and listening to people’s views and experiences. They really resonate with me and I could feel myself going through the exact things they were detailing. I’ve now completed the 28 days, I’m on day 32 and have no intention of drinking again. I know it’ll be a journey and there will be bumps along the road but after just a month I feel like I’ve got the tools and support to tackle the rest of it. I am aiming for 365 days AF.

I’ve signed up to the London marathon so I am running and weightlifting more than ever before. I’ve started to lose weight (despite initially swapping beer for copious amounts of sweets and chocolate). I know it sounds cliché but my relationship with my wife and kids has been so much better in the last month. My wife says I’ve been a joy to be around (if you knew me you’d realise this isn’t said very often) and I’m really excited about continuing this journey. I’m yet to really tell anyone about what I’m doing. My mum knows but that’s about it. I really like the idea of it one day coming up in conversation and my reaction being ‘oh yeah I haven’t drunk for 9 months now’.

I don’t normally do this sort of thing, I like to keep my life private but I wanted I share this with you. My life has been turned around and I feel armed to smash this year to bits, build my business and reap the rewards into next year and beyond. So, thank you OYNB for all of your help.