Alcohol-Free and Unashamed – by Matt Salis 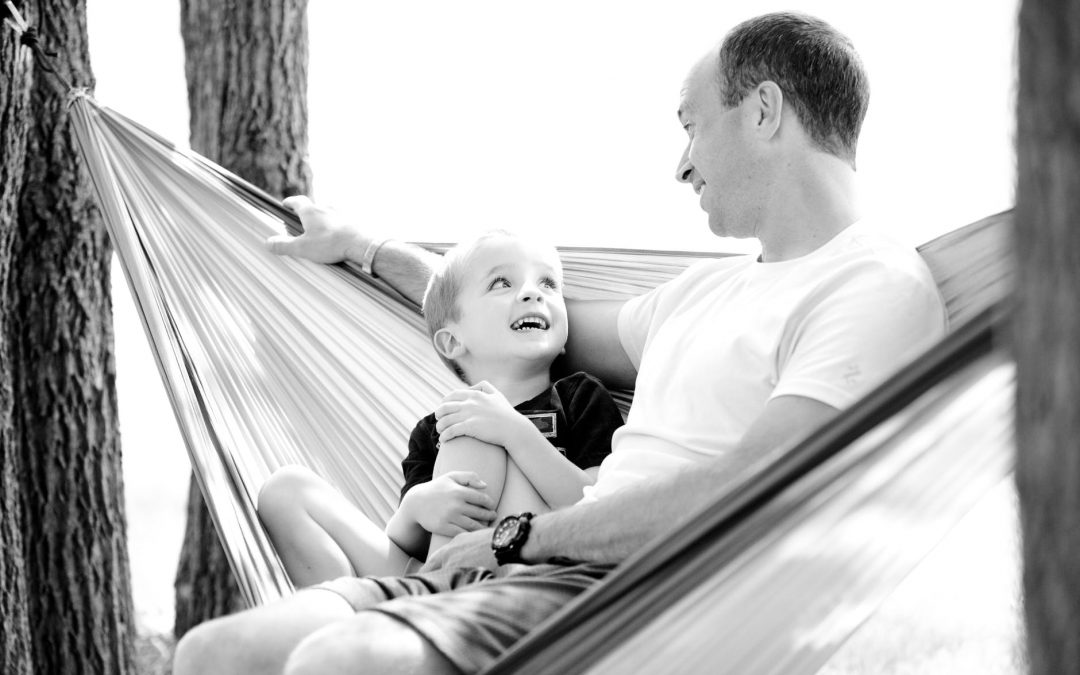 “Grab me a beer, son, and I’ll give you a sip,” my father requested on many Saturday afternoons of my youth. He drank cans of Budweiser back then. So the first time he took me to the Indianapolis 500 at age five, I rooted for Mario Andretti. I didn’t pick the driver because he was arguably the best racer in the world. Instead, I chose to root for him because he drove the bright red Budweiser car.

One of my clearest memories of vacations to visit my family in the summers of my childhood is of the drips of condensation trickling down the side of my grandfather’s fancy Michelob bottles with the tapered sides and gold foil label. When my father returned home from a hard day of work, priority number one was to greet his family. Priority number two was to pour himself a gin and tonic – each and every single night of my childhood.

My father and grandfather are both very successful men who love their families and provided for our every need. They both nurtured us and cared for us unconditionally, and taught us about life and responsibility. They were my role models, and I love them very much. So when they taught me to associate alcohol with success, celebration, commiseration, stress management, manhood, relaxation and daily routine, I paid attention. 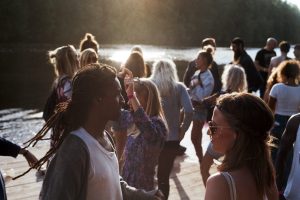 When I reached high school and college where alcohol experimentation gradually escalated to abusive binge drinking, I never questioned my own participation for a nanosecond. There was no question about whether or not I would drink. The questions were who to drink with and how to get away with it while underage.

U.S. First Lady Nancy Reagan told me and my classmates to, “Say no to drugs,” and the message was repetitive if not effective. But no one – not parents, teachers, ministers, coaches, neighbours, family, government officials nor influential movie or sports stars warned us of the dangers of alcohol. Beer was for endurance, wine was for girls who didn’t like beer, vodka was for shots in case we were in a hurry, and none of it could possibly hurt us.

Drinking was not an option for me. It was my unavoidable destiny.

My choice to be alcohol-free

I am now alcohol-free, and my father is supportive, thankful, loving and proud. We’ve discussed his role in the trouble alcohol eventually caused in my life and in my marriage, and he has somewhat reluctantly apologised. I’m not sure he sees his role like I see mine – now that I’m the father of my own four young and uber-impressionable sponges of life lessons and admirers of their parents. 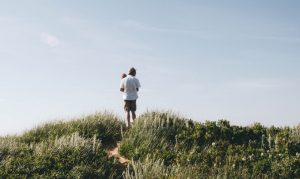 Like my father, and his father before him, I try to be the best role model possible. I try to provide completely and love unconditionally. Of course I make mistakes, but I try to correct them as though someone important is watching, because I know the four most important people in my life watch my every move.

They watched me drink and began to make the same associations with adulthood and manhood that I made as I watched my idols. That’s a lot of responsibility. Frankly, children retain far less of what we tell them than what they see us do for themselves. For that reason, my drinking wasn’t just about my pleasure and relaxation (and eventually, my depression and anxiety), it was about grooming the next generation of alcohol worshipers.

My oldest son told a joke at the dinner table a few nights ago. He has a good sense of humour, and his dinnertime comedy routine is a common occurrence. I smiled and chuckled under my breath at his joke. “That’s it?” he scoffed with an air of indignation. “What does it take to make you laugh?” he asked as he left the table and retreated into his room. He had planned that joke and rehearsed the punchline all afternoon. I like to tell funny stories myself, and so my reaction was all that mattered to a son trying to win the admiration of the man he emulates. My approval – my laughter – would have meant the world to him as I kept my appreciation for his humour to myself.

What does that story of a missed nurturing opportunity have to do with alcohol? Everything. Our kids, even clandestinely through their rebellious teen years, watch us intently for clues about how they should live their lives. It is as heart warming as it is terrifying to think of the influence we have on these maturing little human beings. It's not overly dramatic to say that we, in large part, map the course of the lives of the generation that follows us. The responsibility is massive and the opportunity must be taken very seriously. 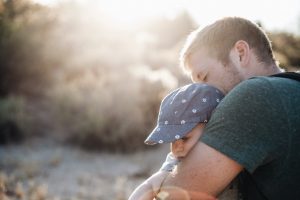 My gift to my children

Nothing brings me more satisfaction than the relationship with alcohol I will pass onto my children. Drinking will not be a predetermined expectation for them. The questions will not be how much and with whom. Instead, it will be should I or should I not drink alcohol. I have four children, and I know that some number of them will have alcohol as a part of their lives. And I won’t try to stop them. That’s actually not the point at all.

The point is that for the first generation in my family for as far back as I have an understanding, my children will view alcohol as a choice and not an expectation of adulthood. They have seen my wife and I thrive without alcohol. We aren’t missing out on any fun, and our lives are full of love and laughter (along with the usual amounts of stress, pain and sorrow). Alcohol isn’t the key to any of the things I associated it with as I grew through adolescence and into early adulthood.

My kids will see alcohol as an unnecessary option, a choice in life. Booze will never be the main event for them as it was for me.

There are lots of reasons I no longer drink.

My health, the success of my marriage and my ability to be present for my kids are among the best reasons for my choice to be alcohol-free. Do you know what else makes me proud about the decision to remove alcohol from my life? The death of a legacy of compelled drinking that permeated my family brings me a prideful satisfaction.

Now, if I can just learn to laugh out loud at my kids’ jokes, I’ll feel as confident about my parenting as I feel about my relationship with alcohol. Thanks for reading.

If you’d like to learn more about my relationship with alcohol, please check out my free ebook, Guide to Early Sobriety.