After a Year Off Booze – What’s Next?

I made it through the year! What an incredible sense of achievement!  A whole year!?!??

I made the decision to kick alcohol and caffeine from my life for 90 days, the last two drugs I regularly consumed.  To see if I could do it, to prove to myself and my wife I was in control, to find out how much these things contributed to my inner angst and outward anger.  To feel life without alcohol tinted glasses, and to get rid of that – I’m tired I need a coffee fix.  The changes in my mind and body were so great that I knew deep down, I should keep going, so decided to go for the year.  Imagine doing an entire year of your life without Alcohol.  What a sense of achievement?

Now, I've had some sips, a half glass of champagne at New Year, a whisky tasting where I consumed maybe a whole dram over the course of an evening (which would have normally been 15), and a taste of wine at dinner here or there.

All of those are acceptable in my book. It's about getting control.

Since I wasn’t an alcoholic, having a sip here or there wasn’t going to send me into a drunken stupor, it was just a taste. Thank you, but no thank you.

When you jump on board the “I’m Giving Up Alcohol” wagon, there are many, many things that try to trip you up. Surprise events, certain people, last minute celebrations, your own darn psychological needs… It’s a minefield. So a slip-up here or there, only improves your resolve. Don’t worry about it. 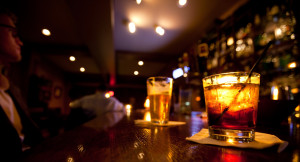 Your First Drink After Completing the Challenge

Taking that much time off the booze, you often wonder what your first drink will be like. My first pint was with my brother in law. I started gently with a Shandy (mixture of lemonade and beer). We had two and I went home and grabbed the wife:

“Honey, I've had my first taste. It's time to crack open the whisky”.

I love my whisky collection, and being from the Isle of Mull in Scotland, I’ve never been too far from a dram or three. A couple of large whiskies later, it was time to settle for bed, but if I'm honest, I could have had another… And another.

I think my love of whisky is more about the psychology than it is the booze, but I would need a decent tasting alcohol free alternative to prove that. And there isn’t one. I just love getting the bottles out and telling people about their history and their origin. “Finished in a single use Oak Bourbon Cask and shipped to Scotland from the Ozark Mountains, Arkansas” just sounds so good. Who isn’t fascinated?!

The most exciting alternative to that is Seedlip; now that’s a story I can get behind. “The world’s first non-alcoholic distilled spirit, made from barks, spices and citrus peels.” Hell yes, please..with tonic! 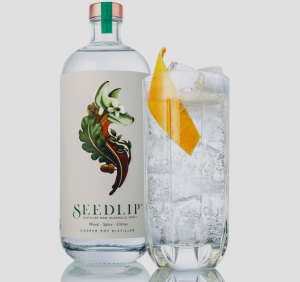 Life After the Challenge

Wind forward another couple of weeks and I'm having my first full pint. It's with a customer, and a soda water would have meant this long needed first introduction would have been very brief. Five hours later, we stumble out of the pub and hug each other. I'm resolute that, a) this would have been impossible sober, and b) that I have it all under control. I then realise it's my work Christmas party… I drank three pints of water immediately and then continued to drink water all night. Proud of my self-restraint, I tell everyone just how in control I am these days. That’s unheard of, to put the brakes on after a long lunch whilst everyone else is getting smashed. That’s a level of self-discipline I never had before.   Kudos to me!

A week goes by and a bottle is in my hand. Okay, it's December. My brother arrives for Christmas and although I stocked up extensively with Cobra Zero, I barely touch it. I love my big bro, and he loves a drink. It’s hard not to want to appease people. Plus, I’d done a year…why not give myself a break? 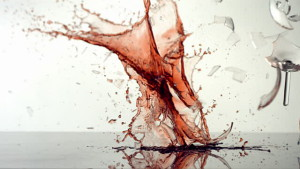 Christmas Day – we are on the whisky by about 4pm, and whilst we were all having a great time, the festive season brings an incredible amount of pressure, sober or not. A bit later that evening, my wife and I argue like we haven't argued in 18 months. It's ugly. We are both ugly, saying and doing hurtful things. It’s the first time either of us have drunk excessively for a long time.

It was a great lesson for my brother and his wife to see that my wife and I, who on most days seem to be very happy together, suddenly descended into armageddon when excessive amounts of alcohol were in the mix. It made them reflect on their own marriage and re-think their regular alcohol consumption. They both signed up to the 90 days shortly after. Great advert! 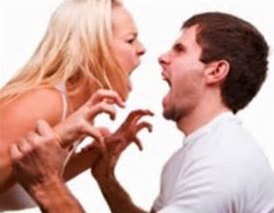 So, I think moderation for me will probably always be a minefield. Sure, I’ve learnt a level of control I didn’t have before, and I’ve also reduced my desire to drink from 75% to 5%, but it’s still a challenge. The changes in all areas of my life have been incredible (I’m sure you’ve heard them all before) and made doing a year off the booze SO worth it.

But, I’m still a people-pleaser. And that means whatever the social norm is, I will probably want to do it to satisfy others. To be in with the cool crowd. So, the only way I can chill out, is if that cool crowd is made up of the non-drinkers…something I plan to make happen.

As we at One Year No Beer say… It’s cool to be… Alcohol Free!

If you want to join me and the rapidly growing movement on this journey, find out more at – www.oneyearnobeer.com. Since we launched 6 weeks ago, we have had thousands of members, in over 60 countries around the world, sign up to go alcohol free.