Why did I stop drinking? The Gay Sober // One Year No Beer 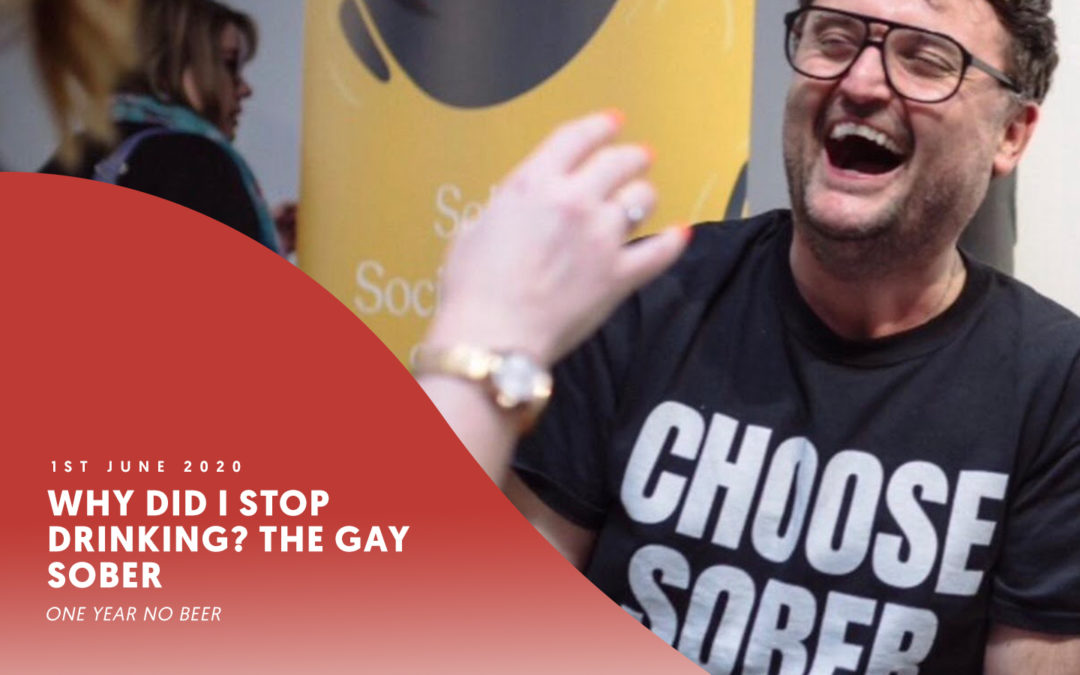 Why did I make the decision to stop drinking alcohol altogether? Bottom line. I was drinking too much.

Was I hiding bottles of vodka in the dishwasher like Phil Mitchell did in the 90’s? No.

Was I about to lose my house or be sacked from my job? No.

Did I hit the infamous rock bottom? No.

But in 5,10,15 years could the answer to all these questions have been yes? Possibly. And I didn’t want that for myself or my future.

How I used to drink

I would almost always drink on Friday, Saturday and Sunday night’s but often, this would extend to a Thursday night too (and if there was another night I could get away with then hell yes….that too). Thursday would just be a little warm up for the two big nights that would follow. Then my Sunday drinking was actually “to take the edge off”. What……with 8 cans of lager? Wow, okay then.

That was my choice of poison, Lager. The average recommended limit of units for men is 14 a week and I was roughly consuming somewhere between 40-70 units a week. I wasn’t a nasty or angry drunk, but I had definitely been both those things on occasion when I was drunk. Worryingly, I didn’t actually change that much when I was intoxicated. My tolerance for Lager had become so high that I could easily have a ‘sesh’ and still chat and behave very normally.

But the next morning? Ouch. The amount of time I’ve wasted hungover makes me cringe. If I added together all the mornings that I spent lying on my back or having to go to work or being with family and friends feeling completely horrendous, then…well….um….it would be a lot of hours. A LOT.

The way alcohol made me feel

Hangovers can be pretty rough for anyone, but I didn’t just feel the terrible, stereotypical hangover with the green face and my head in a toilet. I mean I would feel like that, but throw in a massive spike in my anxiety and I was feeling rather sorry for myself.

There were questions playing in a loop in my head…

It was exhausting and draining the life out of me.

I had tried everything. Moderation, G.P., abstaining, reading ‘Quit Lit’. All failed, all made me feel like I was missing out, all had me believing that life as I knew it was not possible, and it certainly would not be fun without alcohol.

In July 2018, I signed up for the 90-Day Challenge. I devoured the course and did all that was asked of me. Pretty quickly I started to see big changes. And then on the 90th day when I was allowed to drink again…for the first time in 20+ years… I genuinely didn’t want to drink alcohol any more. And haven’t since.

Where I am now I have been off the pop for 21 months now and there is not one aspect of my life that hasn’t improved (I even completed a half marathon last year). I have more energy, I’m more confident, my relationships with people are better, I now set goals that I achieve, I’m healthier, I’m happier and I am now no longer trapped believing that a life without alcohol is dull and boring. It’s exactly the opposite.

Since becoming alcohol-free I’ve set up a successful blog and instagram account called The Gay Sober, I speak on sober panels and have recorded several podcast episodes for people around the world. To be honest, any opportunity I have to bang on about how brilliant life is without alcohol…I’m there.

Stopping drinking was not easy of course. It’s actually one of the toughest things I’ve ever done. Leaving my old friend (who was clearly an enemy) in the fridge or behind the bar took a lot of getting used to. But my god is it worth it.

Will there be tough times ahead? Of course. Will I do something I regret again? Probably. Will life still throw curve balls at me? I hope so.

But whatever happens in my life happens with no alcohol in sight.