On 1st January 2019, I celebrated one year alcohol-free. 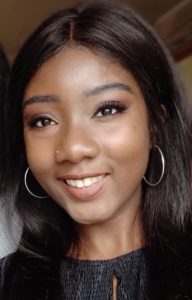 It was after a heavy night drinking at a Christmas party in 2017, followed by a wicked hangover that lasted 2 days. I finally stopped and thought “why am I putting myself through this?” I suffer from Crohn’s, an autoimmune disease which already leaves me with reduced energy, so adding a night of drinking into the mix would leave me wiped out for the rest of the week.

I didn’t want to cut out my social life, but thought the alcohol had to go.

Initially, I was worried: would all the fun go with it?

Going AF felt daunting, but after speaking with a friend, I was introduced to the OYNB Instagram page. From there, I found myself reading the testimonies of OYNB members on the website. I was so encouraged seeing so many people, young and old taking on the challenge and ditching the booze.

The results were inspiring and I just had to try it out for myself.

Thus, my One Year No Beer Challenge began! 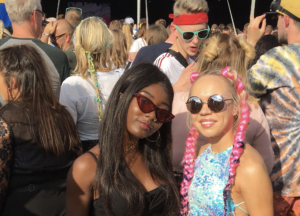 To begin with, I found it slightly awkward on a night out, but that soon turned into me having such amazing memories of parties and dinners without feeling terrible the next day. I seriously do not miss feeling hungover! The awkwardness did not take long to go away.

I became more confident as I didn’t have to rely on a gin and tonic to loosen me up to start a conversation and I stopped being afraid of embarrassing myself on the dance floor!

My nights out on the town became so much better and I could stay out all night long.

Before I went AF I was appropriately nicknamed Cinderella, as after one glass of wine there was no way I could stay out past midnight without a struggle. I saved money, had a more enjoyable social life, more energy when I was traveling, clearer skin and overall became a lot healthier. I am so unbelievably proud of making such a positive change in order to better my life.

I feel like I’m glowing inside and out! For anyone considering giving up drinking, for whatever reason, it can be done!! I even managed Ibiza sober this year and had a ball! Trust me, it is so worth it. P.s. virgin cocktails and Heineken zero taste pretty good too! 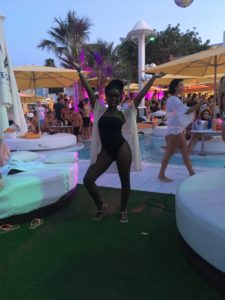