“This has been the most effective, impactful, rewarding experience” – Sarah Anderson 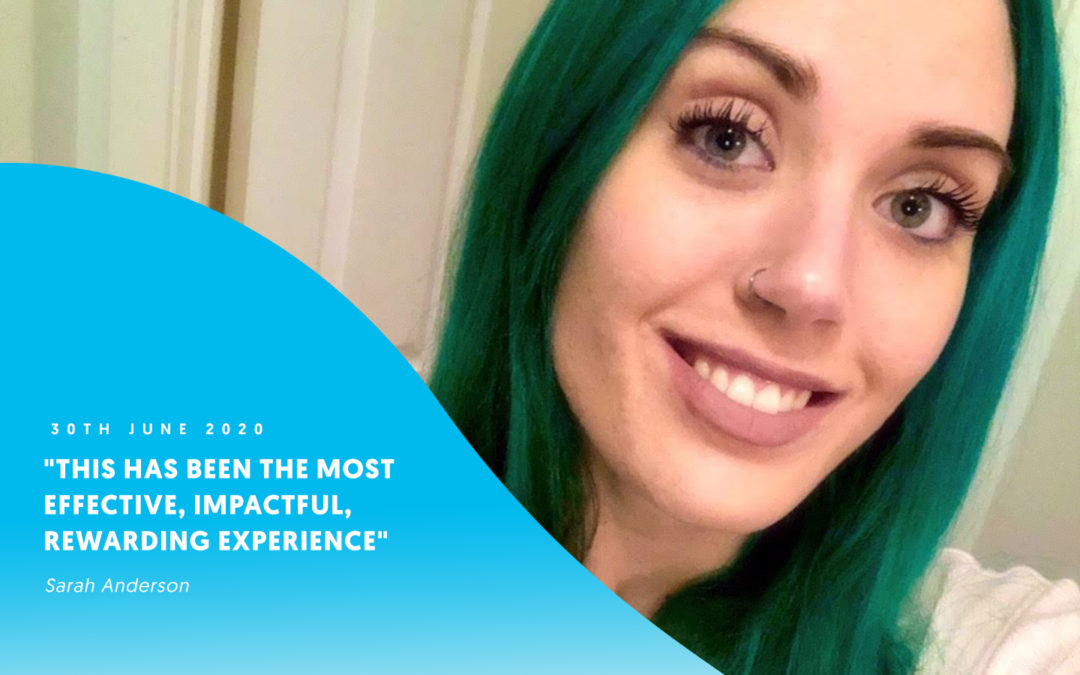 “Change is uncomfortable and there were obstacles I faced, but where there is change there is also massive growth.”

Much of what I observed in my youth made me think drinking alcohol was a normal thing to do, but still a choice everyone has to make on their own terms. My decision was made in adolescence and I looked forward to the legal drinking age as a teen. Occasionally I was able to get away with underage drinking before my highly anticipated 21st birthday. Growing up I saw family and friends consume alcohol on a regular basis. Others had taken the sober route after many years of heavy drinking. There were a few who simply disliked it, so I didn’t see alcohol touch their lips. I had both good and bad examples, really. 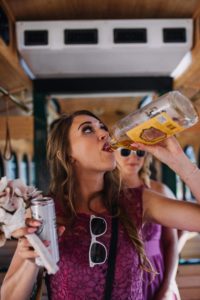 But I liked feeling included at social events with a drink in-hand. I enjoyed feeling confident and not so shy. If I saw a kid really messed up at a party, I thought: “We’re just young and dumb…. We will learn someday.” After a while you eventually figure out that is not the case. Many of my preconceived notions were far from true.

Turning 21 wasn’t what I expected or wanted. I experienced 3 traumatic events in just one year from age 20 to 21: a miscarriage that pained me both emotionally and physically, witnessed a suicide less than a month after my miscarriage only 3 ft. from me, and the cherry on top of my poorly made sundae was a dangerous date rape incident that left me broken, literally bruised, humiliated and depressed. That’s when I discovered alcohol could be (ineffectively) used to self-medicate. It “helped” me maintain the façade of the happy-go-lucky girl I knew in me before life got messy.

On a happier note

I finally met the love of my life a few years ago and everything changed for the better. I started to love myself again and that’s when I knew I’d have to get a grip sooner than later regarding alcohol. I cared about my future for the first time since 21.

On February 2nd, 2020 I did what I knew I needed to do. I was sick of the habits I created and longed for genuine, sober excitement rather than anxiety-ridden days with no motivation or daily interactions that seemed to take so much energy. I was sick of feeling bad about myself, or what’s happened. I was sick of holding hate in my heart. I was sick of this unhelpful coping mechanism.

I thought about it for months before committing to their 90-day challenge. 28 days didn’t seem long enough and 365 felt unrealistic. I was excited and motivated in the beginning. I wanted the old habits out and the new ones in, increase my productivity, improve my mental health and better my relationships. I wanted everything I’d put on hold.

Change is uncomfortable and there were obstacles I faced, but where there is change there is also massive growth. I had a whole week where I only felt irritability. My emotions regarding trauma were all over the place at times, but I sat with them and heard what they had to say instead of drowning it out.

My sleep schedule was thrown off and I didn’t get good rest until around day 30, but I still had more energy in comparison to day 1 somehow. I processed many things I hadn’t taken the time to in years. I was sober for my aunt’s deathiversary for the first time. When I decided to go public on social media about my journey (which I didn’t originally plan on doing), I received so much love and support. It’s even opened the dialogue for discussions with friends who are sick of their vicious cycles, too.

The outcome’s been nothing short of amazing 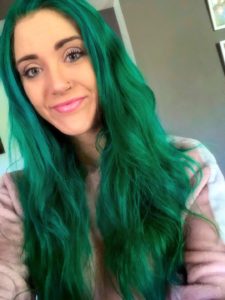 I love being hangover free. I realised how much my depression and anxiety were amplified by alcohol. I still have bad days, but I bounce back in record time. I still want a beer now and then, but it’s just a fleeting thought. I have processed many things that I couldn’t with alcohol in the mix.

There are also benefits I can see in the mirror, too. I don’t look or feel puffy, my skin isn’t dry, without makeup I don’t have that weird, red tinted face (honestly, I don’t know how to describe it). My nails don’t chip easily. I have brighter eyes. I’ve lost weight. Yeah, my hair is blue/green, but kicking the booze didn’t do that. I just have more time for fun and self-care these days! However, my favourite changes are the ones on the inside that you won’t see just by glancing at me. I’ve forgiven those who wronged me and have let feelings of hate and powerlessness leave me. I am free. I am healing.

OYNB has been a useful tool to get the quality of life I was looking for and DESERVE by utilising the daily emails that include suggestions, important questions to explore, and other various topics that instigate critical thinking. It’s all extremely helpful, but the most valuable aspect of support I’ve found for myself with OYNB is the close-knit, inspiring and selfless community. Tons of people who all come from different walks of life that support each other. A melting pot of folks with the same goal: changing our relationship with alcohol. I’ve met friends I would’ve otherwise not if I hadn’t taken this leap. Those newfound relationships are priceless.

Somewhere along the line, I found myself revisiting the decision I made in adolescence – What are my terms? Do I want to keep my relationship with alcohol? Is it worth sacrificing what I’ve built? I don’t think so and that’s the biggest difference this time around. I’m still exploring those questions after 102 days of alcohol-free living. Now that I’ve passed 90 I’ve extended my challenge to 365 days so I can give myself more time to improve all areas of life and make an active decision on my own terms as opposed to my previous choice(s) influenced by others or events.

I highly recommend OYNB’s challenges to anyone questioning their relationship with alcohol, wishing to take a break, or someone who is “sober curious” like I am right now. To be honest, I recommend it to everyone who has alcohol playing a role in their life, but they’re the ones who have to take the jump and want it.  All I know is that out of all the breaks I’ve taken, this has been the most effective, impactful, rewarding experience I could ever ask for. To my surprise, it may even be permanent and I’m excited about that. I’ll wish that on anyone, any day. Our journeys are all different and you’ll never know what you may find on yours till you step foot on a new path.