My life has improved in countless ways—Rebecca Brown 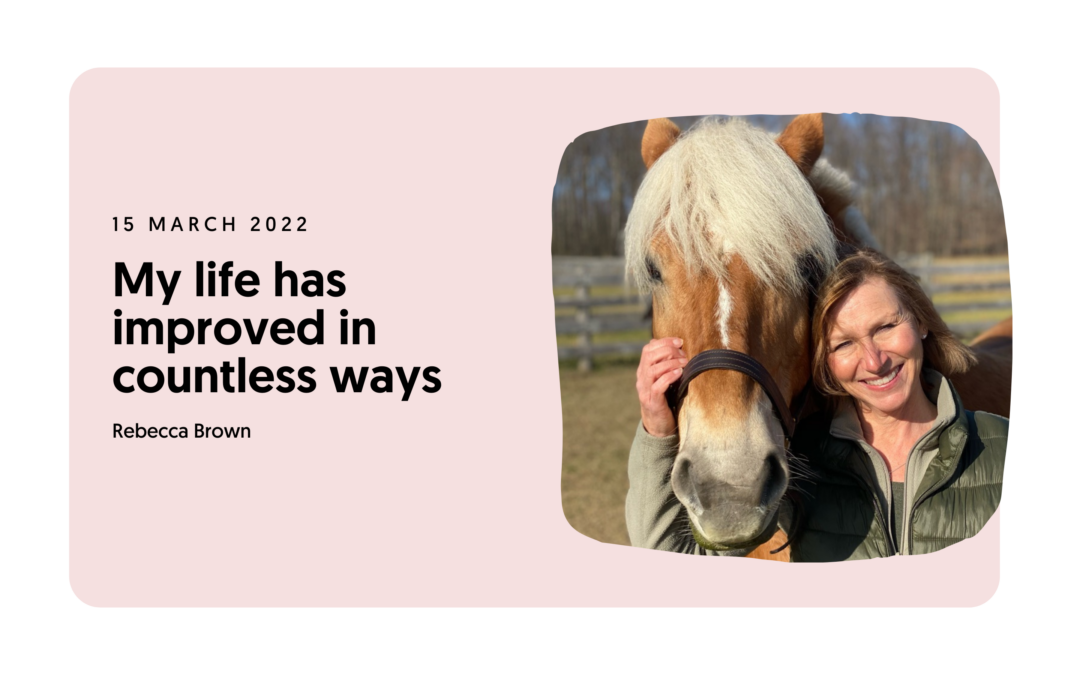 Alcohol was not my problem. Alcohol was my solution. And that was the problem.

For me, there wasn’t a rock bottom moment. I didn’t have any blackouts, but I did have a lot that I knew I’d missed out on. I’d been sliding down a slippery slope for 20 years. I was no longer able to have just one drink. One became two, two became four, and then the rest of the evening was a blur. And this was every day—too often for too long. But I was terrified and didn’t know how to stop. I was stuck in a secret shame spiral.

I am a mental health clinician. I work in a medical centre and have a successful private practice. I’m supposed to be an expert in helping people to deal with this stuff! I was feeling like a failure and a fraud, and this was terrifying me.

I’d known for a few years that I’d been drinking more often than I wanted to. I was crashing out on the couch by 8:30pm, and I was struggling to get up and out of bed in time to go for a run before work. As a marathon runner, when something gets in the way of my running (which I really do more for my mental than physical health), it’s a sign there’s a problem.

I was too embarrassed at the thought of walking into an AA meeting in a church basement. I’m supposed to know better than this! I’m also married to a doctor, and we’re well known in our small community. Many other professionals such as police officers, teachers, ministers, and health care workers who drink too much are paralysed with fear and shame, which increases the embarrassment and isolation.

Then one Saturday morning, I was scrolling through Facebook when something caught my attention. It was the One Year No Beer Facebook page. I don’t even like beer, so I don’t quite know why I was intrigued. But I spent over an hour reading, crying, and being completely moved by what people—people just like me—were saying about the OYNB challenge. I finally felt understood, so I clicked the button and signed up for the 90-day Challenge. That was 4 May, 2019. I dove right in, and the daily videos were so helpful and inspiring. I loved the Facebook group, and I also connected with many, many people in the Slack community as well. I knew that I was in the right place.

Initially, people in my life were a bit surprised when I told them that I wasn’t drinking. Many times, they’d say, “I didn’t know you had a problem! You drink like I do!” I also heard from several others who asked me privately how to get started on this journey, as they were also concerned about their drinking. I’m now very comfortable talking to anybody about my decision to stop drinking. What I’m not comfortable with are terms like addiction, recovery, alcoholic, and sober. I don’t feel like any of these fit me, or the hundreds of others sharing our similar stories within the OYNB community. These terms are outdated, judgemental, and stigmatising, and they only serve to perpetuate shame. I prefer to be empowered and in control of my life and my decisions, and the OYNB community has been helpful to me and so many others who have intentionally, openly, and proudly changed their relationship with alcohol.

OYNB was pivotal in my journey to stop

My life has improved in countless ways since I stopped drinking—from better sleep and less anxiety to weight loss and increased running endurance. But most importantly, I actually wrote a book! We all have a story, and I finally found the time and the reason to write mine. I’m happy to share and talk about my book, and I devoted a chapter to my drinking and how One Year No Beer was pivotal in my journey to stop.

I honestly don’t know how I would have gotten through the pandemic if I had still been drinking, particularly because I work in mental health and trauma. Choosing to stop drinking was the best decision I could have made to get myself through these challenging two years and, in turn, to be present and able to help others in my role as their mental health clinician.