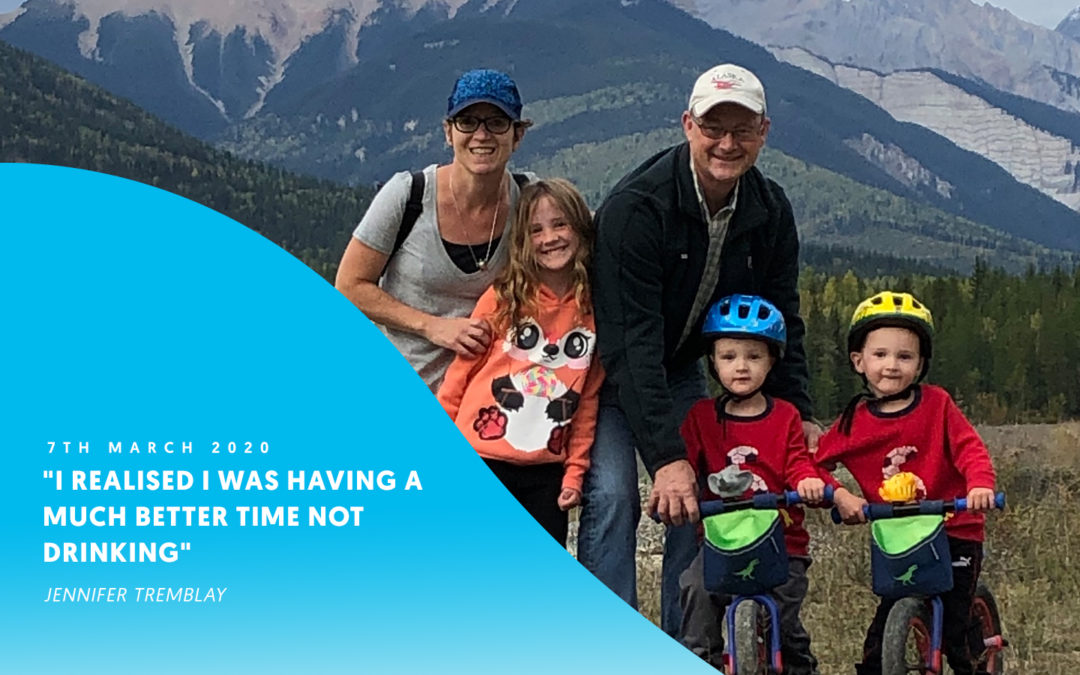 “Going alcohol free, I’ve re-discovered the person I was as a teenager and young adult, only now she has 20 more years' experience and a family.”

Once upon a time, in my young 20’s, I didn’t drink. I was active, hyper, outdoorsy, fit, creative, adventurous, completing my degree, with a handful of close friends and a fabulous supportive family. At 25, I went through my first divorce and I discovered alcohol. It was great. The first drink took away the jitters, and the second drink would relax me. I rarely drank more, since the additional drinks would put me over the edge, making my head spin and often resulted in a visit with the porcelain gods.

I thought that the alcohol made me more sophisticated and was what allowed me to fit in with everyone else. I felt as though alcohol calmed me down enough to sit down and talk to people, rather than needing to DO SOMETHING!! Over time, drinking wine and beer became part of my identity. I kept up the active lifestyle but rarely went an evening without my requisite two drinks!

I’m 20 years into a successful career as a geologist in the oil and gas industry, a fairly male dominated industry which, until recently, was entrenched in liquid lunches and beer filled Friday afternoon meetings. I’m 13 years into a lovely relationship with my common law husband. We have a 9 year old daughter and 3 year old twin boys. My husband and I LOVE wine. I mean, LOVE it. We probably drop(ped) $1000 CAD a month to get nice wines and I would make sure I drank my fair share of it, to the tune of at least half a bottle a night.

Earlier this year, we also discovered rusty nails – where you have a shot of Glenlivet Scotch and a shot of Amaretto. We felt this cocktail was a lovely way to end the evening, since I was finding the wine was no longer enough and I was getting quite depressed to get to the end of my second cup. One rusty nail was enough for a while, but two were tasting better. During the weekends this summer, I realised I was drinking more than my now 3-4 requisite drinks. I deserved them. With all the mayhem at home with the kids, and stress at work, I needed the drinks, right? Mother of twins, I needed twice the drinks!!

For the past few years, I’ve been feeling increasingly uneasy. Thinking about how much further towards retirement we’d be if we hadn’t been dropping all that cash on alcohol. Thinking I’d probably fit better into my pre – twin pregnancy clothes if only I stopped drinking and eating all the sugar. Feeling embarrassed at all the nights I fall asleep at 8pm taking my daughter to bed – but more because of all the wine on board than exhaustion. Waking up at 3am with a pounding heart and a spinning head. Not to mention, my gut has been feeling increasingly uncomfortable, and not just because my pants were getting too tight! And a small voice in me was noting that when I had a glass of wine in my hand, I was much more focused on it than my beautiful children who wanted my time and attention when I was home from work!

Taking a break from the booze 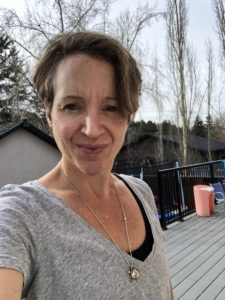 In mid-August. I was out on a lunchtime run with a work girlfriend who is in a similar boat. We were lamenting about how we wanted to cut down on the wine during the week but how hard it was. There was always a reason to crack open a bottle! She suggested we try staying dry for September. To ensure we stuck to our word, we put $50 on the line. Whoever cracked first would have to pay up!

I was worried. I’d tried quitting unsuccessfully before but always found a reason to crack. I’d noticed some OYNB ads on my Facebook feed, and on 13th August, suddenly feeling done with the booze, I signed up for 28 days figuring I’d get extra support from the emails and FB group to prepare myself for a dry September.

The first week was tough

I felt like I was missing out. I felt like I had just broken up with a dear friend. I had extreme wine FOMO! My husband was, and still is, enjoying his wine which didn’t help. But as I got further and further into the challenge, I started to see more of the benefits. The first weekend of my challenge, my daughter and I went for a trip to Nanaimo for my Granny’s 95th birthday. I noticed how much more present I was with her and more importantly, she noticed as well. Our flight home was a gong show but I felt better able to handle it and my daughter without all the wine on board!

September started and I was ahead of the game in my no booze challenge with my friend. I decided to cut sugar out too (and made a separate bet with other friends for no processed sugar September) – figuring in for a penny, in for a pound – I may as well lose some fat while I’m at it! I wasn’t expecting the utter lack of energy I’d feel from cutting out alcohol and sugar. Every run I felt as though I was sucking air, like there was no gas in the tank. It was just because my engine was getting used to burning cleaner fuels and it was taking a while after years of sugary abuse!!

That all changed mid-September, when my running friend and I decided to do a local 10k race one evening. I went into the race figuring what would be, would be! I was just hoping not to come dead last. In fact, I got a personal best at 45:35 and I came in as the first woman overall!!!!! ME! This 42-year-old lady with a beer belly and paunch from having the twins! The icing on the cake was hopping in my van after the race party and not worrying about being sober enough to drive home – yeah!!

The benefits of being alcohol-free

Later that year, I had a weeklong course down in Houston Texas. I was initially worried because I was going on the course with a colleague and the boss’s wife. In my mind, I thought they would think I was some sort of boring weirdo for not drinking. In actual fact, we had a fantastic time and me not drinking just meant that I could be the designated driver during our evening adventures. During this time, I realised I was having a much better time NOT drinking, and decided to sign up for the 365 days. It’s now been another month. In this time going alcohol-free, I’ve noticed the following changes in my world, which are, in my new mind, much better than a delicious bottle of wine or scrumptious rusty nail.

Joining OYNB has been paramount to my successful alcohol journey so far. Don’t get me wrong, I was good and ready to kick the alcohol habit. But the OYNB platform gave me the tools to do it. The daily emails and videos have been inspiring, and I gave each and every one thought. The podcasts are brilliant and have introduced me to many interesting authors and ideas to follow making my life better. The Facebook group is phenomenal. The tribe is very supportive and there are always a ton of inspirational and sad posts, all serve to encourage staying on this alcohol-free road.

Going alcohol free, I’ve re – discovered the person I was as a teenager and young adult, only now she has 20 more year’s experience and a family. Onwards and upwards, it’s time to keep being awesome.