I achieved all of that and more! – Naomi Morgan 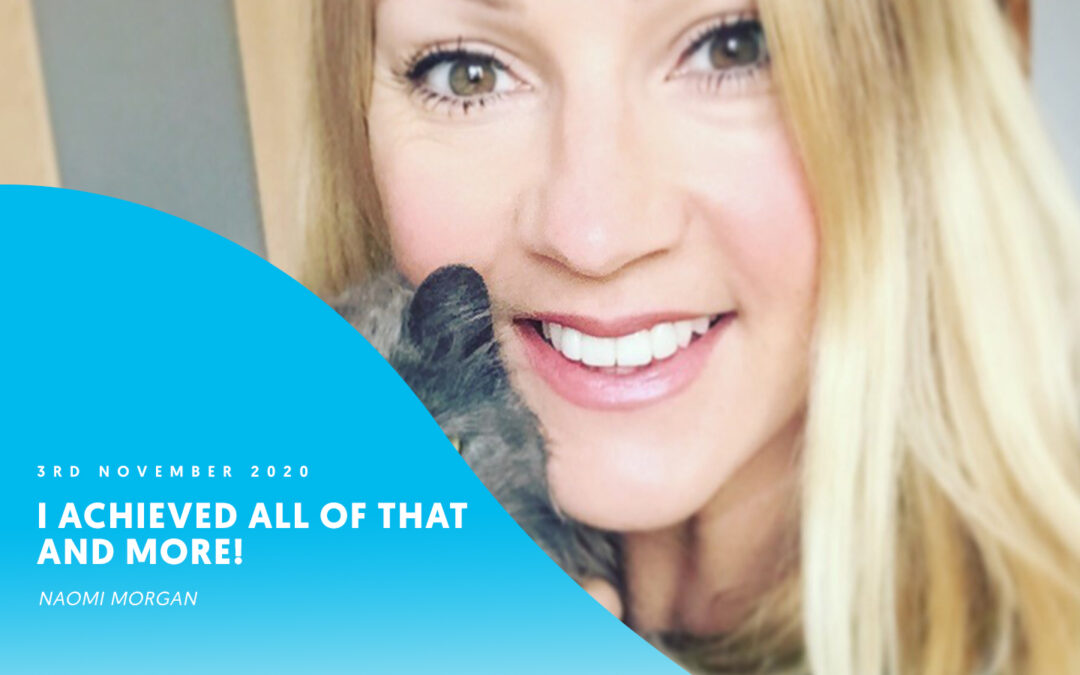 I lost 3.3kg in three months, smashed loads of PB’s at the gym, sleep like a baby, have a clear head and great concentration, my skin looks amazing and my eyes really sparkle – that’s actually a thing!!

By the time I was 17, I was drinking in pubs and clubs and making the most of the 50p a drink and buy 1 get 3 free drink offers they did back then. As you can imagine, that lead to lots of drinking to excess and staying out partying until the 4am, right through to my early 20’s.

I generally kept my drinking for the weekends. I loved red wine and could put several bottles of it away on a night out. Luckily for my liver, I’ve never much been one for drinking at home but once I’m out, I’m out until the end. I was always the one people could rely on to stay out late, even if I was meant to be going home early as I had something important on the next day.

Sadly, that means I’ve turned up to many important occasions fuzzy headed and overly tired. You see, I have never really suffered from bad hangovers and very rarely get the ‘beer fear’ (post drinking anxiety) so nothing really deterred me from going out and getting ‘on it’ the following weekend.

The cycle repeated itself

Deep down I knew all this drinking wasn’t doing me any good. As my trainer would say, you can’t out train all that alcohol and the rubbish you eat the day after, but I wasn’t ready to listen. It took my dad having a long and heart-breaking death from a brain haemorrhage and alcohol induced Alzheimer’s at the age of 68 for me to decide I wanted to change my relationship with alcohol. It was the wake up call I needed.

I signed up to the 90-Day Challenge

I was nervous at the start, because 90 days sounds so long and I thought it would be really, really hard. I wanted to get fitter, lose some weight and have a clear head for the master’s degree I started two weeks after I started the 90-Day Challenge.

I achieved all of that and more!

The first month was the toughest, I was counting every day and felt like I was really missing out when we went to the pub and I had soda and lime instead of an AF beer. In the second month I had a lot of sugar cravings too, but by month three, not drinking was my new norm and I was quite happy to leave everyone in the pub at 11pm and go home to my cute rescue kittens.

The benefits are massive

I lost 3.3kg in three months, smashed loads of PB’s at the gym, sleep like a baby, have a clear head and great concentration, my skin looks amazing and my eyes really sparkle – that’s actually a thing!!

The OYNB community are so supportive, if you are having a bad day, feel frustrated or have a question, they are there to help. The daily emails keep you motivated and the fact you have so many people on the Facebook group who have been where you are in your journey, means you always have access to their support and wisdom. That’s a very beautiful thing.