Alcohol and the brain: How you can train your brain alcohol-free – by Ali Roff 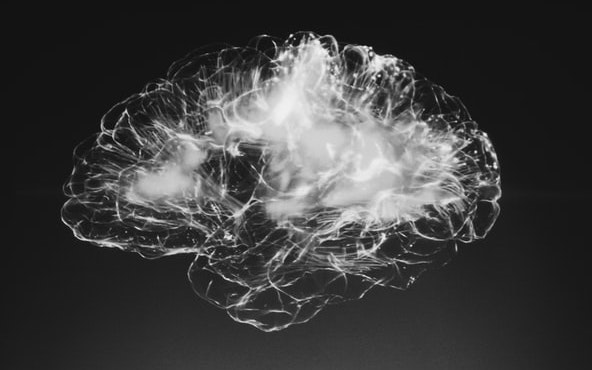 You might initially think of your liver when it comes to alcohol, but booze also has a profound effect on the brain. We’re taking a look at how alcohol affects your brain, and how to train your brain to go alcohol-free.

How alcohol impacts the brain:

Alcohol directly changes the chemical makeup of your brain as soon as you take that first sip by disrupting the neurotransmission; that being the communication between neurons in the brain. Firstly, alcohol increases GABA, the neurotransmitter that makes you feel relaxed (yet too much and you might experience feelings of depression). It can increase your serotonin neurotransmitter levels – the ‘happy hormone’. Glutamic acid also increases, consequently increasing our energy levels. Then the neurotransmitter dopamine increases – telling us to get more of this stuff that made us feel so good, and so we want to drink more, which, if continued can lead to excessive drinking, not knowing when we’ve had enough, or continued day in day out drinking and even dependency on alcohol. So, overtime, as we drink regularly, these neurotransmissions are altered and the way the brain works and behaves, becomes used to functioning under the influence of these disrupted levels of neurotransmitters. Not so good.

Alcohol also has a direct impact on memory – after only a few drinks, especially if consumed quickly, alcohol can cause memory lapses and even blackouts (https://pubs.niaaa.nih.gov/publications/aa63/aa63.htm), as the brain’s processes slow down and even stop recording to the internal ‘memory store’ (https://www.drinkaware.co.uk/alcohol-facts/health-effects-of-alcohol/mental-health/alcohol-and-mental-health/). And when we drink a lot over a longer period of time, the brain can also experience longer-term memory effects. Even on days when we don't drink, recalling what we did yesterday or earlier that day, can become challenging (https://www.drinkaware.co.uk/alcohol-facts/health-effects-of-alcohol/mental-health/alcohol-and-mental-health/). So alcohol can damage our long-term and short-term memory, but it tends to impact short-term day-to-day memory more often

(https://www.niaaa.nih.gov/publications/brochures-and-fact-sheets/hangovers), so if you are  finding it difficult to remember small, short term details of your life, giving up alcohol could be the key to preventing any further or long-term memory problems.

But, the brain is a very clever organ. It is malleable and can adapt and evolve over time through something called ‘neuroplasticity’. We can actually rewire the brain, through new habits, to function differently. Think of it this way. The neural pathways in the brain are a bit like pathways in a forest. If you walk the same route everyday through the forest, that pathway will become wide and clear as it gets used overtime. If you stop using that pathway, and start walking a new route, then the old pathway, with discontinued use, will eventually become smaller, less easy to walk down, and eventually overgrown and unable to use. Equally, the new path will slowly, over time as you walk down it each day, become easier to walk down, with fewer obstructions, until in time it is a clear wide pathway that is easy to use. This exactly how the process of giving up alcohol in the brain works. Initially, the brain wants to walk down the old pathway, because it’s what it knows. The brain is used to functioning with the levels of neurotransmitters that the alcohol has provided, for example, increased dopamine will make you crave alcohol.

Training your brain to give up alcohol

When you decide to give up alcohol, you are deciding to walk a new route in your forest. It might be difficult to even see that new route at first, as you are so used to walking down the well-trodden pathway of drinking alcohol. And depending on how deep-rooted the old neural pathways are, and subject to the dependency your brain had on the alcohol before (and that will be different for everyone), after a period of abstinence, your brain has the power, the intelligence and the plasticity to develop and change shape to a new alcohol-free neurotransmitter balance.

But, don’t be disheartened if it doesn’t feel easy to walk this new pathway straight away. Just like a real forest pathway, often the older and more ingrained a neural pathway in your brain, the longer it takes for it to become overgrown with disuse, and so the longer it takes for it to disappear. Maybe it will never fully disappear but, with time it will get easy not to walk down it. You might have to make the choice not to walk down that known, habitual pathway of drinking path every day, maybe even every hour at first, and instead choose to walk down the new, less trodden path of being alcohol free. But every time you make that choice – every time you walk down that path, you make it a little bit more ingrained – you make that neural pathway in your brain a little bit stronger. And it’s that small, but very powerful repetitive action through choice, which trains your brain to be alcohol free.

Ali Roff Farrar is a wellness expert with a degree in BSc hons Psychology.