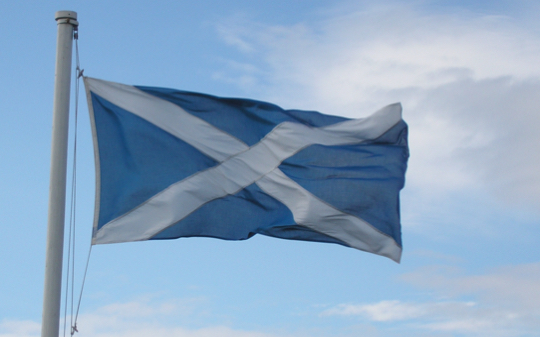 BIG news has come from my home-land this week – Scotland has become the first country, in the world, to put minimal pricing for alcohol into law. It has been five years since the Scottish Parliament ruled in favour of the move, it has been tied up in legal disputes with the Scottish Whiskey Association and other alcohol lobbyists since then. Minimum pricing will be hitting the high-street shelves as early as the new year.

This news is music to my ears and makes me so proud to be Scottish. Those of you that know me well will not be surprised to learn that I am strutting round the office in my best tartan and Braveheart-esque face paint, regularly bursting out into regular renditions of Flower of Scotland.

Minimum pricing – what does that mean?

The new minimum price for alcohol will be 50p-per-unit. If like me, you are thinking WTF, is that all? Let’s look into what alcohol prices are like now.

Clearly, these prices were not sustainable to any healthy society, which I suppose is the whole point, look after your people and they will look after your society. Speaking of which, the move is intended to make achieve some pretty impressive social change goals. The following is expected in the first calendar year:

I know we have all seen a lot Government stats recently that look and smell of BS in recent months and years – it is easy to be take these numbers with a huge shovel of salt. However, these figures are from the Alcohol-Focus Scotland, an independent organisation, although it does admit that some of its funding is from the Government it is supported by many other places and is independently run. If this move can achieve even half of these results I will be one happy Scot!

Who will be affected by minimum pricing?

It is easy to think that everyone in Scotland will be affected at some point. The law is ubiquitous to all alcohol after all. However, pubs and restaurants are already charging more than 50p per unit so social drinkers are likely not to be affected. The new price laws will largely make budget or own brand alcohol completely redundant (no downside there as this stuff usually tastes like paint stripper anyway) and stop price promotions at shops, off licences and supermarkets. The prudent shopper, regularly scouting out deals on all of their shopping will be affected of course, but the real target for minimum pricing, according to Alcohol-Focus Scotland, is harmful drinkers. These drinkers buy most of the cheapest and strongest alcohol like white cider and own-brand spirits. Moderate drinkers will not be affected.

The tides are changing…

The scope of the price change will not affect everyone. You may look at the prices and think that this does not go far enough. But, this is monumental news. Make no mistake. Scotland are the first nation in the world to make this significant change, hopefully more will follow. The rest of the UK is the most likely to for starters, if for no other reason than to stop the Scottish people getting around the law by making a bootleg border jump (I don’t think we can call it a ‘booze cruise’ when it involves travelling on the M1) to the North of England.

We must realise that this is a first step on the journey to better alcohol laws. We should be celebrating, and here are three reasons why…

I think we are starting to see a wave of real social change. It is all down to the awesome strength and character of Politicians, communities like OYNB, and anyone that has the courage to stand up to social pressure. It feels great to be part of something as special as OYNB – take a pause today and think about that, and what you are doing. Love you all.