How exercise helped me quit drinking for good – by Sara Fairfax

“By forming this exercise habit, I found I had replaced my alcohol habit. When I did quit drinking, it almost happened by accident.”

Why drinking was no good for me 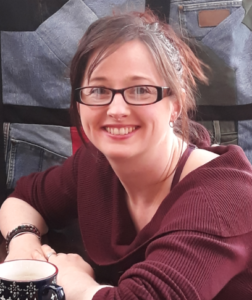 I knew early in my drinking days that alcohol did not agree with me. Not just the awful hangovers, but the guilt, the shame and the tears. I suffered from depression and anxiety. There were reasons for this but ultimately, I know alcohol had a large role in my anxiety and depression. My answer to every problem was booze, yet after the relief of the first glass had quickly faded, everything seemed worse. I knew I had to quit drinking, but I didn’t seem to be able to.

My first attempts to stop drinking were after university. I managed a few times, for a few weeks. I stayed alcohol-free for 6 weeks after my first son, when postnatal anxiety had taken over, but it didn’t last. I remained alcohol-free through my three pregnancies, but they were long, sick, miserable affairs filled with cravings and resentment.

I think I gave up trying to quit for a while after this because all I could think was that if I quit, the rest of my life would be filled with cravings and resentment like my pregnancies. I believed that I had put myself in a position where I would be miserable either drinking or not drinking, so there was no way out.

At the end of 2017, I had re-trained and was about to qualify as a nurse. It had been a very long and hard journey with divorce, remarriage, family illness and 3 children. I had a job that was starting in Jan 2018 and something had to give. But instead of being able to quit, I drank more over the Christmas than I ever had and after boxing day, I lay in my room, with my head spinning and body aching as if I had flu knowing that this was alcohol poisoning, and that if I didn’t stop I would probably die, not right now, but not at a good old age.

I do have faith that when you really need it, the universe steps in to help. I don’t have a TV at home, but I was in a hotel room on New Year’s Day, feeling shocking, so I thought I would have a look at what was on. There, on the screen was Andy Ramage, Ruari Fairbairns (from OYNB) and Catherine Gray, all talking about how they had quit or massively cut down on their drinking and how they were OK, even happy! I think this is what my subconscious needed to hear, that I could be sober and happy. Even after rock bottom you could be alcohol-free and happy. I bought The 28-Day Alcohol-Free Challenge and The Unexpected Joy of being Sober immediately!

I signed up for Dry January 2018, plastered it on Facebook and started to use The 28-Day Alcohol-Free Challenge as my support for the month. It was absolute hell! I hated it. Completely craving filled, annoyed and resentful. BUT, in total I was 42 days alcohol-free and it changed so many things.

Before I read The 28-Day Alcohol-Free Challenge, I think my attempts to quit had always focused on the not drinking. But following their advice, I focused on something else – physical activity and community. 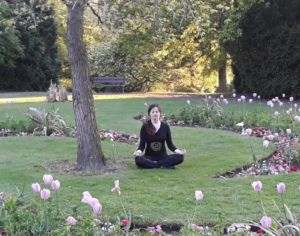 I started a 30-day yoga challenge and a programme of High Intensity Interval Training.

I knew how good exercise made me feel but I had always done it in short bursts, for example, before a holiday or when trying to lose weight. It was always the first thing to go when time got tight. Now, I made it my priority and I told myself I was going to be consistent! This backfired a little in the beginning. Like so many people, I set expectations way too high. I told myself that consistency meant I had to do it every day, like being alcohol-free, and that if I missed a day I was falling. If I couldn’t exercise every day how could possibly stay AF every day?

In the end I didn’t, I started drinking again at the end of February. However, I quit for good at the end on April 2018. So what changed?

I had started to get involved with the alcohol-free community online and was beginning to realise that my expectations were off. The important thing was to be consistent, but consistency doesn’t mean every day. Consistency means keeping going whenever you can until your new habit has been formed. Once your brain has adjusted to your new exercise habit, it becomes a part of life, so having a few days off doesn’t matter.

By forming this exercise habit over the intervening months, I found I had replaced my alcohol habit. When I did quit drinking, it almost happened by accident. I just hadn’t drunk for a few days, and I didn’t want to. I had the odd craving on and off for the first 6 months while my brain settled into its new life, and at 6 months I finally knew I was free.

Check out more from Sarah at: www.happysoberyogamummy.com