My relationship with alcohol has been changing for a number years.

Hangover after hangover I was beginning to become more disillusioned with drink. I knew deep down that it really wasn’t good for me and I hated how crappy I felt for days after a boozy night out. But I was too afraid to voice my concerns. I didn’t want to admit these to myself, let alone anyone else. The reality was, I didn’t want to give up alcohol – because if I did, who would I be? I was the life and soul of a night out, ‘Sambuca Suzy’, ‘Boozy Suzy’. I was the always the first to get the shots in and the one partying right to the end. I had FOMO, I never left a night out early, even if it was crap – I was the eternal optimist and confident the night would turn round eventually. One night in particular, I found myself drinking to excess because I wasn’t enjoying the company I was with. I remember having this sobering epiphany moment. I could literally feel the alcohol poisoning my body and I just thought, ‘What the hell am I doing? I could be at home watching Casualty right now and having a much better time!’ But it took another 18 months before I decided to quit alcohol. I had no roles models, I didn’t know anyone else who had gone alcohol free and still had fun (this was the key, life still had to be fun). 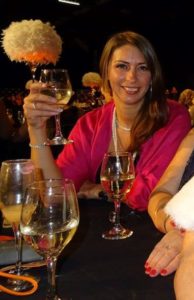 Then I met Ruari from OYNB.

He told me his story and I was so inspired, but it was one line that really caught my imagination. He said, “imagine just taking a break from alcohol for one year, just 12 months out of your entire drinking career”. One year out of drinking from age 15-80 is a tiny percentage of my life and suddenly I started wondering what that would be like and if I could do it. I thought women do it all the time when they are pregnant. What if I just gave it a go? Could I learn to enjoy myself without alcohol? How amazing would it be if I did?

That was the moment in November 2017, and on the 1st Jan 2018 I publicly announced on my social media channels I was going AF for 365 days. I resisted making the announcement because I didn’t believe at that point I could do it. But what is fantastic about OYNB is the community, the role models and having a new tribe to connect with. All of a sudden I had 1000’s of people to speak to going through the same highs and lows of going alcohol free. Initially, friends would try and get me to drink. They would see a chink in me, that I had doubts and wasn’t fully committed. But over time, my confidence grew, I started learning how socialise without alcohol and still be the life and soul of the party. The longer I went sober the better I felt. Soon, people could see I was genuinely happy and passionate about the change and others started to be inspired by me. They are now following suit and deciding to give AF life a go as a result of seeing the positive change in me. We just don’t realise how good we’re meant to feel when we actually face our emotions and demons head on and stop numbing them with alcohol. Yeah, its uncomfortable at first and I hated the social anxiety I experienced, which is why I drank. But I realised that actually that anxiety dissipated much quicker when I just acknowledge my feelings and dealt with them, rather than blocking it out with another Vodka Lemonade!

One of the major hurdles I had to overcome was sober dating! 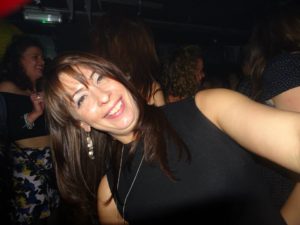 I had been single for 7 years. I had dalliances in that time, often as a result of drunken night out with the beer goggles on which led to some serious poor judgement calls on my behalf! A hangover is bad enough, but combine it with a romantic entanglement that is no longer appealing in the cold light of day, It just made my self-worth and esteem plummet. After becoming so disillusioned with dating and men, I took some time out to work on me. I became a personal development junkie, transforming every aspect of my life and during my AF challenge. I decided to leave my very secure day job to focus on my new personal development business I had set up – something I definitely would not have had the confidence to do if I had still been drinking. But with everything else falling into place, it was time to focus back on the relationships after several years of living like a nun! I’m also vegan, living in the Highlands where pickings are already slim and now, I’d added “Don’t Drink” to my dating profile. Even I’d swipe left if I didn’t know me! I sounded dull as dishwater. I did hide these little factoids initially, but felt I was being dishonest and almost tricking guys. So I decided if I was going to find someone, I needed to be honest and truthful about who I am. If they were turned off by it, then they weren’t someone I wanted to be with anyway.

So, I put up my profile!

I found myself meeting a mixture of guys, some were totally inspired by my alcohol free challenge and wanted to give it a go themselves (but didn’t). Others were totally put off by the fact I didn’t drink and labelled me ‘too serious’. These guys also didn’t have a clue where to take me on a date: if it wasn’t to a pub, they were lost. Going to a pub is fine, but there are more creative ways to date! As for the rest, well they just didn’t know what to do with me, so either ghosted me or sent me horrendously offensive text messages! 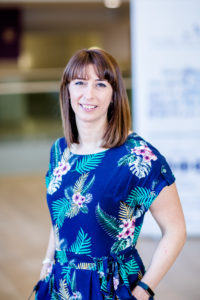 Just as I was losing all faith and had got to the point of not even getting excited about going on dates anymore, I met Dave. We arranged to meet in a local country pub for lunch and chatted over a nice cup of tea! He was different, he was full of chat and asked me loads of questions and was impressed I was doing this challenge. He drinks himself, but only occasionally. Dave is a policeman and witnesses the carnage that alcohol causes each and every weekend. It was over three months before he had a drink in my company and not because he was holding back. It just wasn’t something that he automatically gravitated to. He certainly didn’t need it to bolster his confidence. Dave and I dated for another two months before making it official – each date was AF, adventurous and fun. I loved it. We were both able to really get to know each other without the beer goggles. It’s still early days, but I like what I see so far and I’m excited about this one. He’s definitely a keeper!

But the biggest learnings from being AF have been just how much easier life is without alcohol.

Drink creates drama, I’ve had friendships and previous relationships ruined by alcohol. Eradicating booze from my life has given me peace. I have become more confident and learned that the anxiety I used to feel in social situations, that I would try to suppress with alcohol, was actually being fuelled by it. Learning to face it head on has been a game changer in building my confidence. I’m just so much more happier and upbeat without alcohol, it used to have a depressive effect on me and I would feel it for days, I cannot tell you how great I feel without alcohol!
I also love the freedom alcohol free life gives me, not having to worry if I’m ok to drive the next day or how I’m getting home from a night out. Now I just take the car and can leave when I want. I’ve learned to choose my nights out wisely. I now know who and what brings me joy. If I’m with the right company, the environment is good and the tunes are top, then it will be a good night, and alcohol is totally irrelevant to me having a good time. And AF dancing is never a problem if the music is good!

I love my AF life so much

I’ve decided to carry on, I’m tempted occasionally and sometimes think it would be fun to have a drink, but the feeling is fleeting. Will I drink again? Possibly? Its too big a concept to say ‘I’ll never ever drink again’, so I just take each day as it comes and so far, I’ve not found enough reasons to drink that outweighs all the positives I have experienced since going AF. So, thank you and cheers to OYNB for creating this incredible movement and showing me how to live life better.