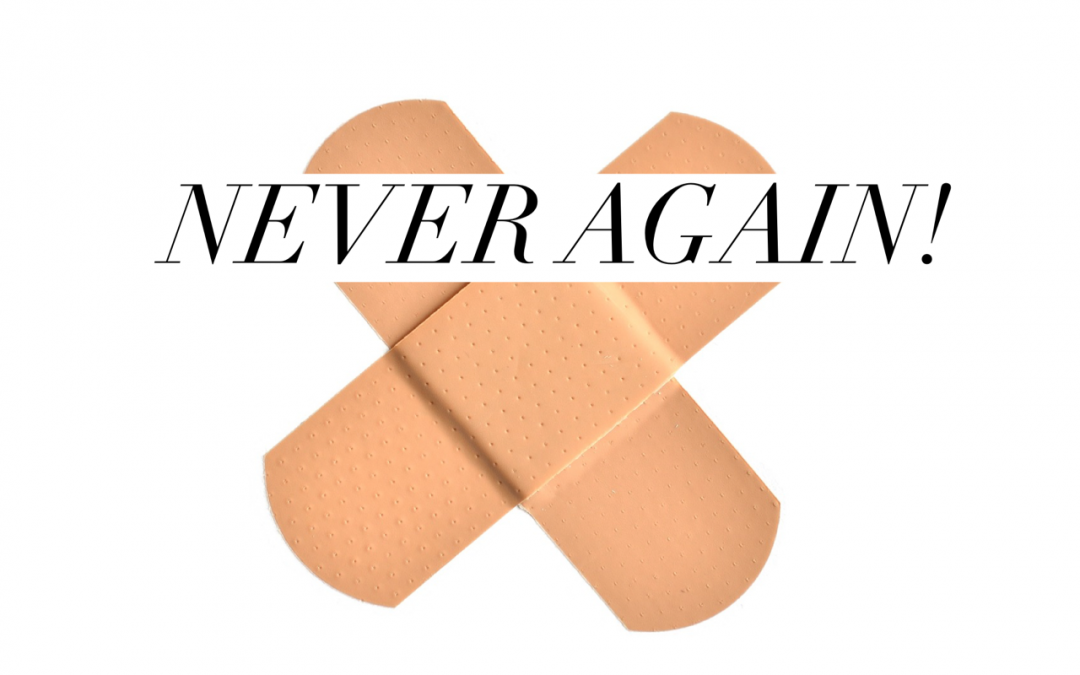 It was 1 am Saturday night – I was in Kilkenny, Ireland the home of drink and I was on the dance floor with my wife and best friends in the world. We were all crowded around one of the lads, who had just taken over the mic with impromptu gusto and was now rocking the whole place with his guitar and voice. This was one of those spontaneous moments that live with you forever. I looked around at the happy faces – I was in love with the world, my mates, and the music. I was right at the center of all the action and giving it socks! There is nothing better than live music and when one of your friends has just stolen the mic it's even better. Here I was on the dance floor – actually dancing, for me this was a challenge on its own – but tonight there was one massive difference – I was sober dancing! And so was the guy singing.

Yes that's right I was actually on a dance floor sober! For 99% of the male population even the thought of this, myself included, would be enough to see them scrambling for the exits. Dancing is for drunk dads and ecstasy yet here I was arms and legs flying around like I was having some sort of fit, who would have thought my life would have changed so much in just a year. What you have to understand about me is that I am of the ginger persuasion and gingers, on the whole, don’t dance. Don’t get me wrong I was totally uncomfortable and probably never will be at ease on a dance floor but for me this was the last bastion to fall, if I could manage to dance sober, albeit self-consciously with no rhythm at all, my journey was complete, I had been one year without beer and there was now nothing I couldn’t do.

This time three years ago I awoke and grumbled those immortal words ‘never again!’ only this time I meant it, although I had really meant it at least 500 times before. In fact most Sundays, Thursdays, Fridays oh and the odd Tuesday (Monday night drinking is never a good idea). I was all set for a day of self-loathing in front of the TV, quite content to cry at x-factor reruns and any dog's with a slight limp that I happen upon – when it dawned on me ‘I was existing and not living.'

Every day had become a slog, some of the enjoyment was fading out of life. My world felt like one constant hangover – tired – anxious – just not right. There was a cloud hanging over me, raining on my parade. I was not depressed or an alcoholic, I was just bored with the booze. Bored stiff of the constant hangover rolling into the next night out and hangover. It was like groundhog day only I was not making things better. One or two days a week I would feel good,  only to undo it all with another long lunch or night out. Weekends were tired and labored. I had to siesta both days to recover from the week’s boozing. This was impacting on my family time and my energy levels were at an all-time low, which for a former professional athlete was hard to take.

My issue was that I knew exactly what was causing these problems but I had no idea how to stop it. I was knee deep in social brainwashing and drinking was part of my identity. I was well known as a ‘Big’ drinker, a larger than life sort of character who was first in and last out the bar. I had built a reputation among my friends and within my industry of someone who was fun to be around, and being around me involved drinking.

On my wedding day, my brother joked that apart from my beautiful wife there was only one other love in my life – she was blond and called Stella. Everyone got the joke – it was true. For me, one drink was too many and twenty was not enough.

I was confused I knew was not an alcoholic – I had a great job, never missed a day, had a lovely family to support me but somehow I felt on a slippery slope. Let’s face it there are those who can nurse a pint or a glass of wine all night. These people behave as the slogan says and ‘drink responsibly’, which is great for those who ‘drink responsibly’ for the binge drinkers this piece of advice is totally pointless. I knew all the reasons why I shouldn’t drink and I knew all the reasons why I should drink in moderation but every time I went out I ended up on a monster session.

I felt frustrated that I could not control my drinking and I tried every trick in the book. I watered the plants, drank bottles only, then wine only, then vodka and lime only then set myself a pint limit, then back to bottles only. All roads lead to the same destination – the wheels would come off a monster session would ensue and I would be back in the merry go round of hangover – existing not living.

Something had to change but I had no idea what. So I set off on an adventure to discover what exactly I needed to do – to start living again and this is when things got exciting – really exciting.

Discover in part 2, which I will post later this week, how an innocuous challenge was to change the course of my life.

Thank you for your time,